With great demand for Arabic speakers, proficiency in Arabic offers a competitive edge in the job market.

Designated as a “critical language” by the State Department, Arabic is also the sixth official language of the United Nations. Spoken by nearly 300 million people in North Africa, the Middle East and the Arabian Peninsula, the Arabic language is a key to global understanding, communication and cultural comprehension.

Elementary Arabic I (FLAR 1010) requires no prior knowledge of the language; Elementary Arabic II (FLAR 1020) provides a continuation of Arabic I. Together, these two courses give students a foundation in Modern Standard Arabic (MSA).

Students may also learn Arabic as part of the International Studies major. With a Middle East/Africa concentration, students take a variety of courses in fields such as history, political science and religion, in addition to four semesters of Arabic. Two courses of Arabic (FLAR 2010 and 2020) may be taken abroad. 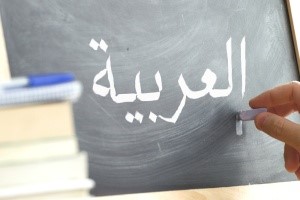 "Arabic was such a fun class. Our professor knew how to personalize the class for us. I loved the class and learned so much about the Arabic culture and language. I recommend it to everyone." – Holland Johnson, political science major