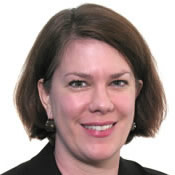 Joyce de Vries earned her PhD in Italian Renaissance Art History from the University of Illinois at Urbana-Champaign. Her specialty is the visual and material culture of early modern (1400-1700) Italy, and, in particular, material culture in the domestic sphere and the visual construction of gender. Her book, Caterina Sforza and the Art of Appearances: Gender, Art, and Culture in Early Modern Italy (Ashgate, 2010), explores a ruling noblewoman's patronage and collecting practices and the ways she harnessed culture to stretch accepted gender roles. Her work on Sforza was supported by a National Endowment for the Humanities grant and a Millard Meiss Publication Grant from the College Art Association.

Dr. de Vries’s current research concentrates on Bologna, where she mines the state archive for inventories, account books, and other records of the images and objects that populated early modern domestic spaces. One project focuses on the collection strategies of Giovanni Fantuzzi, a nobleman with limited resources in early eighteenth-century Bologna, and the costs and valuations of his art over the century. de Vries found extremely rare and previously unknown detailed diagrams of the collector’s gallery in the family’s archives, and has constellated the drawings with dozens of other documents to recreate how the art was once displayed. Other projects concern artisan and non-elite women, and examine dowry and mortuary inventories to consider their material goods, including clothing, linens, jewelry, furniture, works of art, and items like needles, looms, laundry basins, skillets, cheese graters, and more. With her analysis of these records, de Vries seeks to shed light on not just the material goods, but also the agency and endeavors of ordinary early modern women, a group largely underrepresented in art historical studies. de Vries grounds her research in archival evidence, and she has worked in archives and libraries throughout Italy, including Bologna, Ferrara, Florence, Forlì, Mantua, Milan, Modena, Naples, Rome, the Vatican, and Venice.

Dr. de Vries served as the Director of the Women's Studies Program at Auburn University (2011-17) and completed research in this discipline in addition to art history. For instance, she co-edited with Dr. Barbara Baker Outside In: Voices from the Margins (2018), a collection of essays that explore issues of diversity, inclusion, and the resilience of women, particularly women of color, in higher education.