Oil pollution comes from many sources. Of these sources, the leading actors are as follows: oil spills, urban runoff, atmospheric fallout, and natural seeps. Each actor has a different but major impact on the environment, which include air pollution, human impacts, wildlife impacts, plant life impacts, and even community impacts. In this section, we will analyze and identify these main aspects of oil pollution.

Oil spills occur for various reasons, they could be caused by an oil ship running aground like the Exxon- Valdez oil spill of 1989, or similar transport issues to problems or malfunctions of equipment or procedures at off shore oil rigs, like the Deepwater Horizon oil spill in 2010. Oil spills create a severe localized problem, often leaving small communities and businesses to fend for themselves. Among many of the problems an oil spill creates are: the suffocation of fish and marine wildlife, covering birds with oil which renders them unable to fly/get food and clean water, and reflecting sunlight away from plant life under the water, effectively taking away food supply.

Urban runoff comes from oil buildup on roads from various types of vehicles. Often, this buildup of oil and pollutants become stuck on the street until rain or snowmelt come and wash it away. This oil is then taken through sewer systems and eventually taken to rivers, lakes, and the oceans. Over time, the buildup accounts for much of community related pollution. Urban runoff can also come from the materials used to make asphalt and cement. When rain washes over these materials, pollutants come with it. They are then funneled into storm drains instead of being absorbed by the ground to absorb it. Urban runoff raises the temperature of community lakes and bays, affecting fish and plant life. Additionally, road salt used to melt snow during the winter months can also be considered runoff, as it washes into community lakes and bays and contaminates the waters even further. 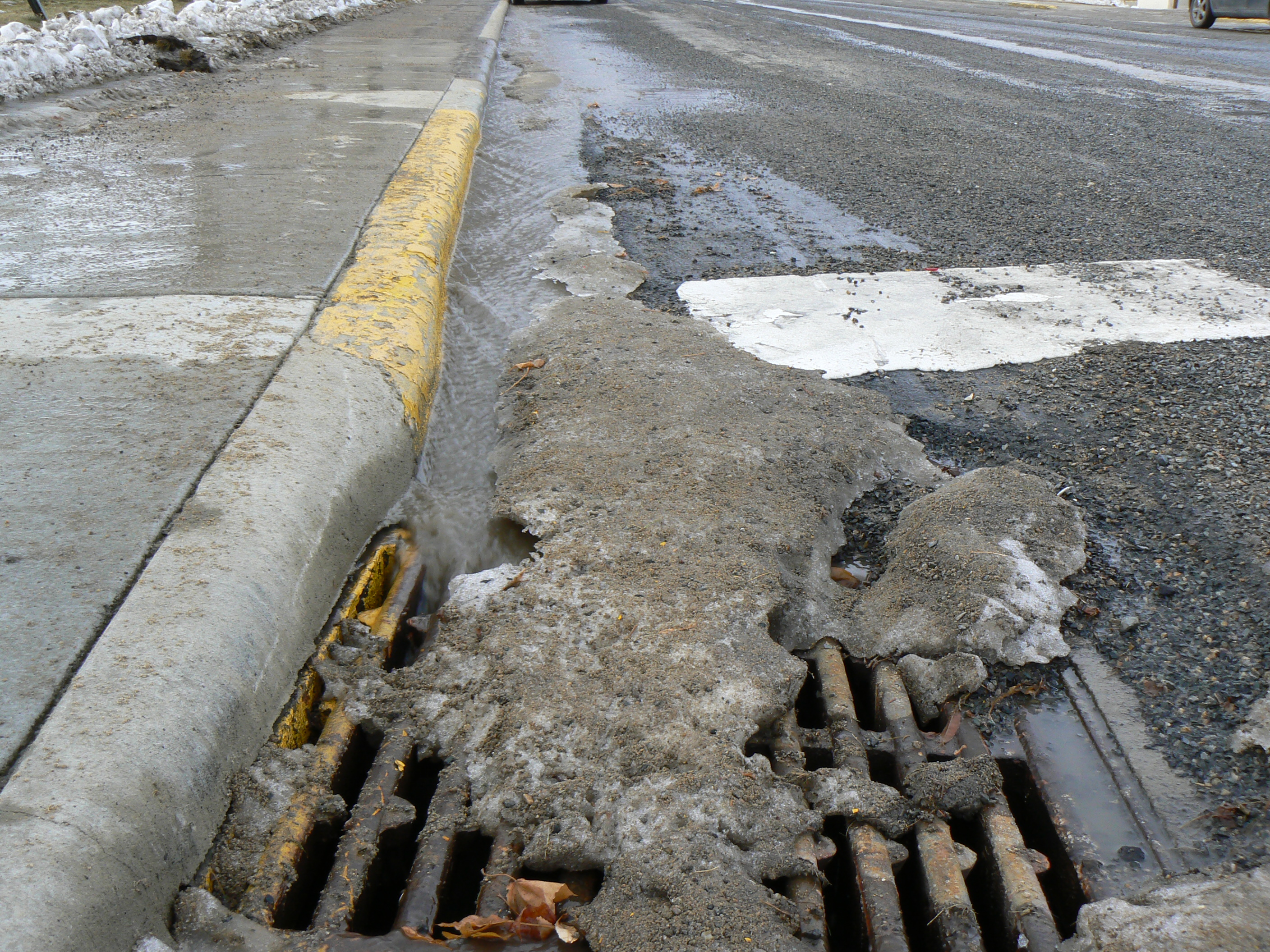 Atmospheric fallout comes from oil that pollutes the air from both cars and planes. After being admitted into the atmosphere, the pollutant eventually falls out of the sky into oceans and land. Depending on the place of the fallout, it can be quite heavy or very light amounts and is expedited by both rain and snow. When it rains or snows, this fallout can add to urban runoff creating a joint pollutant. Atmospheric fallout has similar effects of urban runoff.

Natural seeps comprise oil that seeps from the ground and pollutes the world naturally. Natural seeps can account for almost 50% of the oil entering the ocean. Some of the most known natural seeps are found off the coast of California and the Gulf of Mexico. An interesting aspect of natural seeps is that although the oil is often toxic, plant and wildlife living near the leaks have adapted to the toxins. Natural seeps are heavily researched in order to understand different practices of how to help areas affected by human oil spills. They show how an ecosystem can adapt and recover from being exposed to oil. Natural seeps have a lot to teach us about oil being a pollutant.